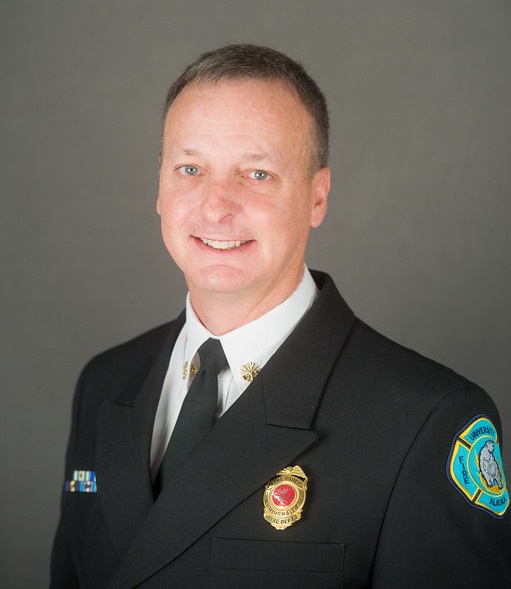 Fire Chief Douglas Schrage knew that a community-centered solution was needed to improve sudden cardiac arrest survival rates and response times in his remote Alaskan borough. Chief Schrage explains how he, with support from local fire chiefs and other community leaders, tackled the issue and made a significant impact on outcomes in the Fairbanks area. Tune in to hear how Fairbanks was able to educate citizens and pull together 11 mostly volunteer fire departments to successfully rollout PulsePoint, resulting in a sustainable program that has improved cardiac arrest survival rates. 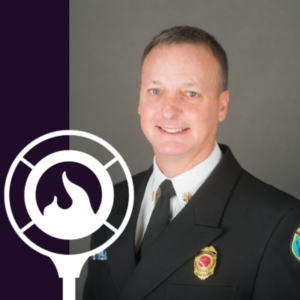 Douglas Schrage has 39 years of experience as a firefighter and fire officer. He served for over 25 years with the Anchorage Fire Department, holding every rank from firefighter to deputy chief. Since then, he has been leading the University of Alaska Fairbanks fire department program where he has educated and overseen the training of firefighters throughout the State and beyond. He returned to Anchorage to serve as fire chief on July 1, 2021. Chief Schrage serves on the Board of Directors for the International Association of Fire Chiefs (IAFC) and is past president of the Western Fire Chiefs Association (WFCA) and the Alaska Fire Chiefs Association (AFCA).


“With 11 fire departments serving an area of about 100,000 people, prior to implementing PulsePoint, each fire department basically functioned entirely independently from one another. There was very little automatic aid... I think that degraded our survival statistics from sudden cardiac arrest because response times were longer, we didn’t necessarily send the closest unit, and important lifesaving care was delayed.” [3:06]


“The first step was to get buy-in from the other 10 fire chiefs… before I ever even suggested the idea of implementing it locally, because of my role with the Western Fire Chiefs Association, I had the chance to give a monthly report to the other fire chiefs, and I just started talking about PulsePoint and how other communities had done this, and how TVFR arranges for AEDs for all of their employees to have accessible with them, and just started generating interest and a little bit of excitement.” [4:45]

“It’s an expensive program by our standards… to come up with the money to implement PulsePoint was an immediate challenge, so the other step was for me to begin working on lining up support outside of the fire service.” [5:28]

“We began talking about our emergency medical services performance publicly as part of this effort… historically, there has not been a real strong community connection to the fire departments. So they didn’t necessarily know what our performance was or what our challenges were. And so when we began teaching CPR in the community and explaining how unusual it is for a cardiac arrest victim to survive the event to hospital discharge, it is discouraging. And so when we started talking about a possible solution, which is PulsePoint, people were ready to hear about it.” [6:14]

How Firefighters & EMTs Are Going Above & Beyond


“We [...] have the verified responder component in place here in Fairbanks, which provides a higher level of notification access for people who are validated fire and emergency responders and who are credentialed with the local fire department. For example, a citizen responder who received a PulsePoint alert wouldn’t necessarily be notified of a cardiac arrest in a private residence for privacy reasons, but local fire and EMS responders could be.” [8:44]

“What’s significant about [our high response numbers with PulsePoint] is a high percentage of our firefighters and EMTs around the area are volunteers. They are motivated by a sense of altruism, they’re very used to going on calls in the middle of the night and not being compensated, and so for that reason, I think PulsePoint was a good fit for our community. But it’s not just limited to the volunteers. The career and union firefighters, paramedics, and EMTs in this area are wholly on board as well because they can see the results.” [9:15]

“Every time we had an activation where we had an off-duty responder arrive, we brought them to our monthly fire chiefs’ meeting and asked them to talk about their experience, and really sort of celebrated the fact that they were volunteering their time and their knowledge and their expertise to help some person they didn’t even know on their time off. That not only created awareness of how often this occurred, but provided some recognition for the responders who went on these calls.” [10:11]

“PulsePoint is going to figure well into the future of emergency service. I think what it illustrates is the power of community engagement, and it illustrates how mobile technology can be leveraged to help improve the quality of service we provide.” [13:37]

“For a larger municipal fire department, the expense is quite manageable, but if you’re a small community, your community is a place where PulsePoint could make a real difference to people that you probably know, so don’t be deterred by the cost. In our case, we engaged the Rotary Club of Fairbanks, we engaged the hospital foundation, and we engaged the fire chiefs association who also contributed some of their own money to help bring PulsePoint here… all we did was start educating people about it and asking for the money, and the money was forthcoming.” [12:34]