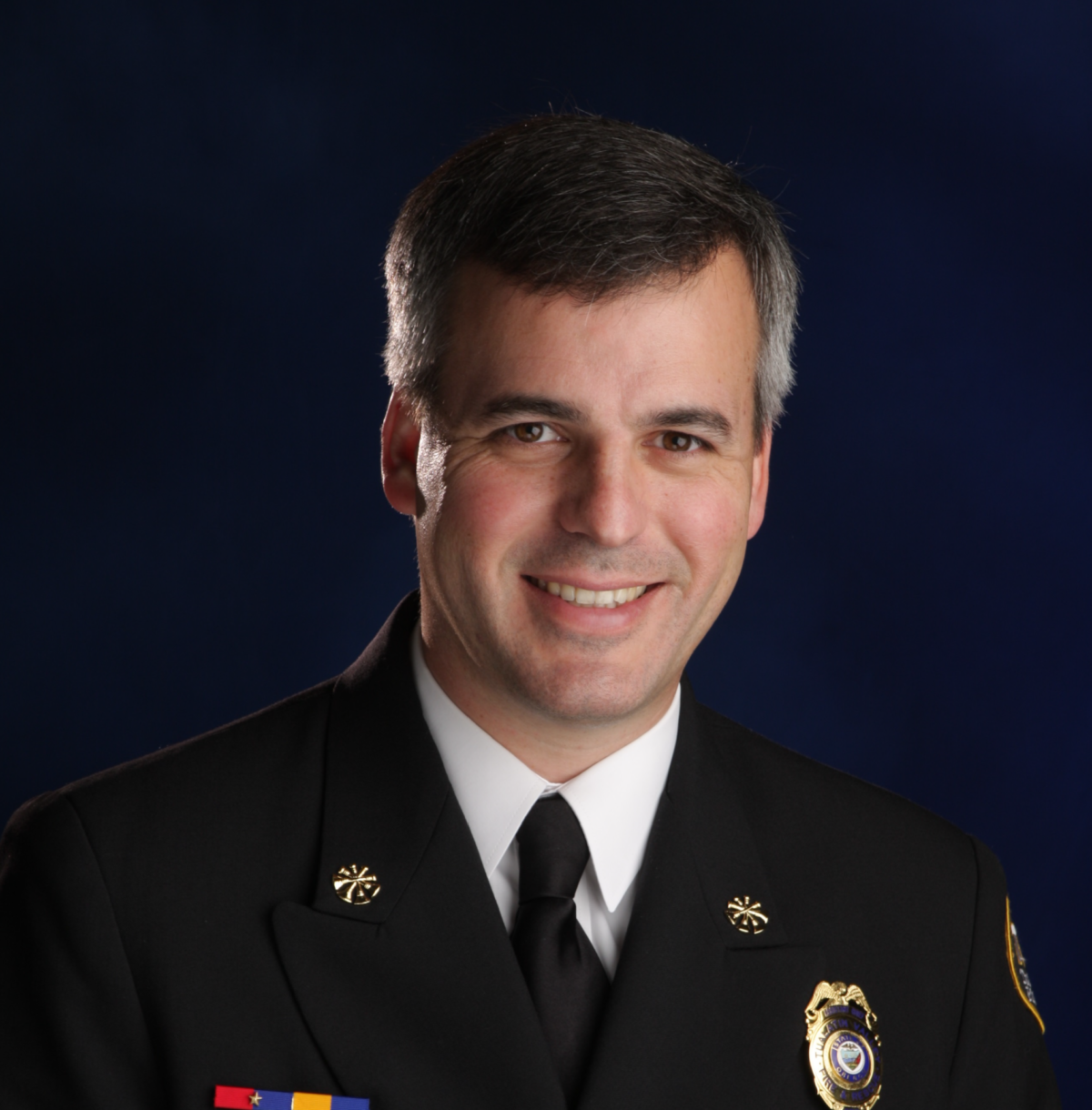 Exposure to toxins while on the job is a serious concern for firefighters. Repeated contact with harmful chemicals can have lasting adverse impacts on health, and can lead to illnesses such as cardiovascular disease and cancer, and may cause birth defects. Turnouts are designed to protect a firefighter from many of those toxins; however, cleaning the gear itself has proven to be a challenge – until now. Mike Duyck, Vice President of Emergency Technical Decon (ETD), joins us to discuss the science behind liquid carbon dioxide (CO2) cleaning of firefighter turnout gear, and why it is gentler, more efficient, and over 99% effective. 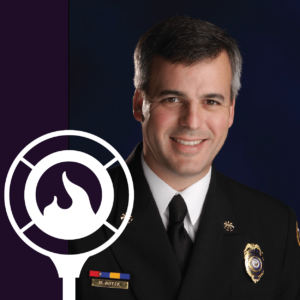 Mike Duyck is Vice President of Emergency Technical Decon (ETD) and has over 33 years of experience in the fire service. Prior to ETD, Mike retired as Fire Chief / Chief Executive Officer of Tualatin Valley Fire & Rescue (TVF&R), Oregon’s largest fire district, with a service area covering eleven cities and portions of four counties, in over 390 square miles.

He joined TVF&R in 1989 and became Fire Chief in September 2010, after serving in all ranks of emergency services as well as fleet services, human resources, logistics, emergency management, and government affairs.


• “ETD is a partnership between Hughes Fire Equipment… and Cool Clean Technologies. Hughes Fire Equipment [has] over 30 years of serving the fire service with equipment sales, and innovative products, fire apparatus. Cool Clean Technologies [has] been manufacturing liquid CO2 technologies for a wide variety of industries for over 20 years, and they started talking about what that technology could mean to the fire service, how it was uniquely suited to actually work on decontaminating PPE, and other equipment that the fire service uses, and decided to bring those two forces together to create Emergency Technical Decon… Bringing my knowledge of the fire service to that team was something that they were looking for, so it has been a great partnership all around.” [2:35]

• “If you’re used to how we typically would launder – say – turnout clothing, you would take them all apart, take off the outer shell and moisture barrier and inner liner all apart, and then put them into the washing machine… We don’t do that, because of the unique technologies with liquid CO2, the garment actually stays completely put together, zipped up, and put into the machine without taking any of the articles apart. The CO2 is uniquely suited to actually penetrate all the layers. And after it goes through a cycle that completely decontaminates it, it comes out, it’s completely dry and frankly you could hand that to a firefighter, they could put it on and go to work.” [4:49]

• “[Traditional] dry cleaning uses other things like hydrocarbon based solvents that are actually in the NFPA standards forbidden to be used for cleaning firefighting gear, for obvious reasons. You wouldn’t want hydrocarbon residues on a turnout coat and then go into a fire. That could be a recipe for disaster.” [5:38]

• “It’s large pressure vessels that have a lot of different components that allow CO2 to remain in a liquid state, and in its liquid state that’s where we get the great penetration and coursing through all the different layers and threads of the fabric. [It] allows us to inject those other additives into the process to remove contaminants, but then we can actually switch in the middle of the process to change it from a liquid to a gas which allows us to easily evacuate it from the entire garment… and then do multiple rinse cycles to continue to pull more toxins and more contaminants… in the end, you end up with a recapture of all the different components, the CO2, the additives are all re-captured and filtered and cleaned and you also end up with all the contaminants being captured so they can be safety disposed.” [7:16]

• “We didn’t used to do much of anything. We never washed our gear; soot all over your face was a badge of honor, dirty helmets – that has all changed. I remember living those changes, when we started to understand that cancer is a real thing for firefighters and its being caused by the exposures that we face... In 2019, cancer was the cause of 75% of line of duty deaths. It’s a significant issue.” [9:20]

• “I didn’t know until I retired, in fact, that the machines we were using in the fire stations were only removing – per NFPA – 15-40% of the carcinogens from our gear. Departments are very aware now of the realities and trying to decide and understand what else they can do to protect their people.” [10:53]

• “The problem is, firefighter turnouts are waterproof. They are designed to protect a firefighter from the environment that they are in. Heat, smoke, high temperature gasses, steam, those things, the garment itself is designed to protect them and filter those things and to stop them from reaching their skin, and when you try to wash those things out of a waterproof garment, water doesn’t do it as effectively as other things could, like CO2. I think it is understanding the limitations that we have with the devices we have on scene or within our own departments, and use those accordingly, but also look to the ultimate solutions on a periodic basis to make sure we are doing everything we can for our people.” [12:11]

• “There is a lot of PPE that we were never able to clean. So gloves, boots, and helmets, and those things that we could never really clean because they weren’t water friendly. I remember putting my firefighting gloves into a water washing extractor and they came out and they were all curled up and hard as a board, and I literally had to beat them on a concrete floor to get them soft enough to move them again. CO2, we can throw those in the machine, it completely pulls all the contaminants out and they look like new.” [14:39]

• “We just passed [NFPA 1851 2020 certification]. The NFPA 1851 2020 standard is the first of the 1851 standard revisions to include performance requirements for cleaning…up until the 2020 standard there was never a requirement for a laboratory to analyze [...] a cleaning facility or a verified cleaner or an ISP on how well they were doing on removing toxins. NFPA uses a whole panel of what’s called semi-volatile organic compounds, or SVOCs, to test how clean their process is pulling those toxins out. The standard says you have to remove 50%, I’m pleased to say we removed over 99% of those toxins. In fact, we took it a step farther and did some analysis on the full EPA panel of 16 ‘PAHs’ or polycyclic aromatic hydrocarbons, which are the most toxic of the SVOCs, and we cleaned those to undetectable levels.” [17:48]

• “I think it’s a new day for us being able to create a safer work environment for our firefighters. They’re exposed to so many hazards in the course of doing their job… it’s dangerous enough. We are pleased to say there’s a way we can maybe make their jobs a little safer.” [20:34]

“CO2 in its liquid state has 12x less surface tension than water… if any of the firefighters have ever watched foam be put into a puddle of water, it immediately starts to soak into whatever it’s on and that’s because the foam causes it to reduce surface tension. CO2 also only has 8% of the viscosity of water… It penetrates the garment much better. A lot of the toxins that are in firefighter turn-out gear are not water soluble, CO2 actually solubilizes those toxins so they can be removed.” [13:21]